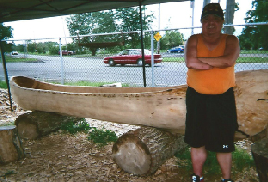 Tracy Thomas is a Wolf Clan member of the Mohawk Nation, he grew up at the Onondaga Nation, near Syracuse,N.Y.

Having been born with 2 partial fingers on his left hand and none on his right hand, this has not hindered him anyway from pursuing art.

He has won many awards since the age of 6 and has designed 3 Team Haudenosaunee Logos in 1997,2006 and 2008, the only artist to be bestowed this honor for the North American Indigenous Games-a Native Style Olympics.

Tracy is now under the tutelage of Soverino Lupo, a established woodcarver and has been learning how to carve low and deep wood relief carvings. In addition, he has started working on cultural canes with Haudenosaunee symbols…

Recently completed woodburned designs for the “Two Row” Dugout Canoe, a handcarved traditional canoe for the historical journey from July 2nd-Aug 9th 2013, a symbolic ride from the Onondaga Nation to the Hudson river, ending in N.Y.C in celebration of “Guswentha”, the 400 year old treaty with the Dutch. 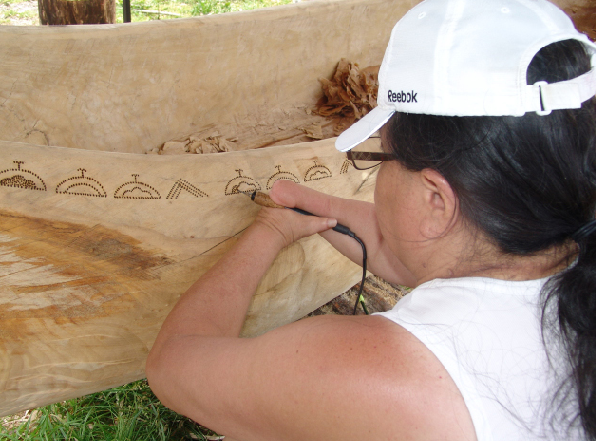 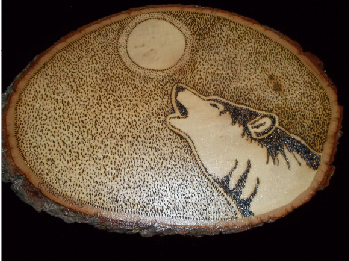 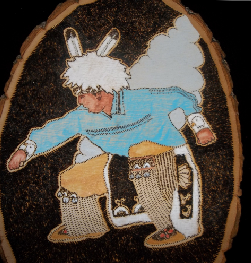