I learned most of my artwork abilities from the old timers in my neighborhood – (when we were moved from our land in Red House, to make way for the Kinzua Dam.) Most of the artists were veterans of war and they gathered together on Veteran’s day at Wilbur Watts. I was amazed by their war stories and they were very talented at carving and other artwork and most were musicians. I paid a lot of attention to learn how to carve. Then in the 1970’s they had carving classes, taught by Avery Jimerson and Steve Gordon. Most influential carvers I’ve known were; Wilbur Watts, Aaron Jacobs, Avery Jimerson Sr., Steve Gordon.

I was born on the Allegany Territory to Kay & Earl Redeye.

I went to Bryant & Straton for commercial art for 1 1/2 years; served in the Marine Corps for 3 years with a honorable discharge as a Corporal (E-4). When done serving my country I really got into my artwork.
Rattles, carving and other media. I will never give up the gift the creator has given me. My biggest accomplishment is showing my artwork in the casinos. 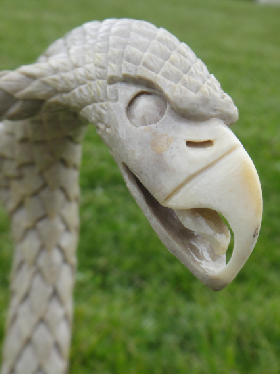 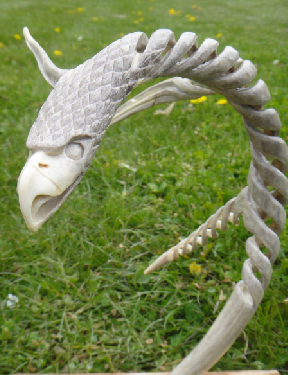 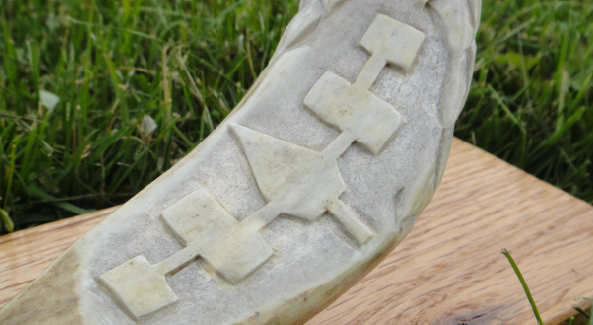