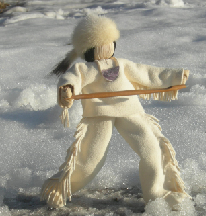 My art is a replica of the early Haudenosaunee culture, specifically how “corn” and “corn husk” where utilized among my people. The Seneca cornhusk dolls I create are made entirely of cornhusk and are a finished product after a long intricate process of twisting, tying and sculpting. They are then fashioned with fabric and beads which tell a story of a particular era.

My goal is to get an appreciation for both the art form, and the way in which it is learned, preserved from generation to generation. Everyone has the ability to expand and give these traditions their own style/ twist/ interpretations.
I was gifted this crafting ability not only from my Creator but also from my late grandmother Mrs. Lillian Kane. She took the time to teach me the legend and lessons behind the dolls. – Nya Weh 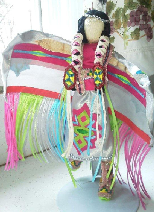 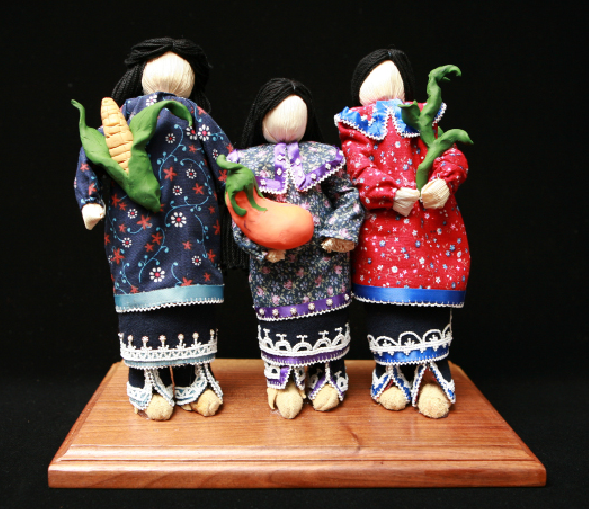 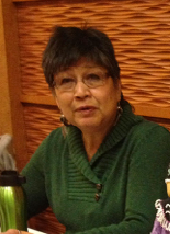 Ronnie grew up in a non-Native foster home in upstate New York. As an adult she re-connected with the Haudenosaunee community, found members of her family who still live on the Cattaraugus Reservation in western New York, and became deeply involved with learning and teaching Haudenosaunee traditional arts and storytelling. She uses her storytelling skills regularly with school children at Ganondagan State Historic Site where she works as a Seneca Interpreter. She has visited numerous schools and organizations throughout New York State and presented at the Museum of the American Indian.

Ronnie designs and sews traditional clothing or “regalia” worn by Haudenosaunee families for dance competitions and other occasions. She creates traditional ladies outfits and ribbon shirts. Her exquisite shawls, appliquéd with designs such as clan symbols or strawberry motifs, are much sought after.

Ronnie is also known for her traditional Seneca corn husk dolls. She brings her skills in sewing and designing regalia to the art of “dressing” her corn husk dolls. More recently, Ronnie has learned how to create other kinds of traditional Haudenosaunee corn husk work, such as corn husk mats, moccasins, salt bottles, tobacco baskets and containers.

The more I begin to understand where my roots come from the more I begin to understand who I am as a Seneca woman. Not growing up in the Seneca culture and way of life I have been very fortunate to be able to learn some of the traditional arts and to go back and pick up some very important pieces of my life. I use my storytelling and sewing skills as a way to educate and give back to our Seneca people. What I learn I am willing to share to those interested, especially our young people, since I view them as the future of the Seneca Nation. 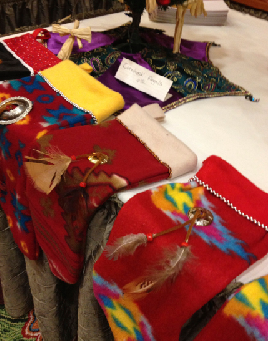 As a teenager, I learned to sew under my grandmother Dorothy Jimerson, watchful eye. She had a pedal Singer Sewing machine, but it wasn’t until 1998 my mother, Hazel Jimerson passed away, that I came into sewing and beading and making corn husk dolls. My sister and I inherited her sewing material and beads. As the years pass I learned to refine my beading skills under other local beading artist. I won a blue ribbon at the local Seneca Fall Festival for first place with my corn husk dolls (2008) and most recently (2010) I won again with a beaded traditional Seneca collar. This November I exhibited a set of my corn husk dolls at the Seneca Allegany Casino Art show as a part of this Native Art Program.

I make my art because it is my creative outlet, and not a means of income. My work is made to order, I haven’t the need to do my art for income as yet. I enjoy sewing and beading as a stress reliever for it offers me to be creative with different colors and styles that I create. I watched and learned from my late mother, grandmother, and aunt. These three women were huge influences in my development as an artist. My parents, Lester and Hazel Jimerson were self-taught artists; my siblings and I picked up the artistic talent genetically. The ability to create traditional artwork is a gift, and not to promote your ability would be against keeping the Seneca Culture alive. I believe that if you have this talent and ability it should be taught to others, if only to keep the Seneca art alive for future generations. 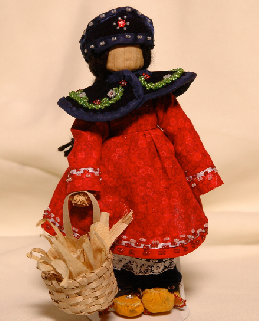 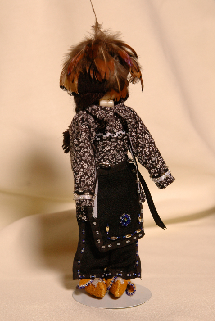 In the past, I had opportunties to teach or demonstrate my traditional arts at the SNI Education Dept., SUNY Fredonia, at the Erie County Fair, University of Buffalo cultural events, Routes to Art and the Dunkirk Historical Society, the Fenimore Museum and the Iroquois Indian Musuem. The challenge is to get the raw material, as the Emerald ash borer (beetle) has now infested our area. This will be an issue for the future of basket makers across Indian Country. Keeping the tradition alive by educating and raising awareness of this beautiful art form is one of my goals.

My parents were very artistic, traditional crafts people of their time. My father, Lester Jimerson was a traditional wood carver, mask maker, he made horn rattles and turtle rattles and traditional Seneca head dresses, while my mother, Hazel would make corn husk dolls and corn husk mats and salt bottles. They both have works in the Smithsonian Institute collections. Traditional arts and crafts were common place in our household. I learned much from watching them. I also learned a lot about basket making from my cousin, Midge Dean Stock. I feel that through my talents I am able to share their spirit with others to pass on to the next generation and to those who are willing to learn. Within the last 5 years I have worked within the community to teach black ash splint basket making and corn husk doll making, though I have been practicing the crafts for over 13 years.

The basket making process is time consuming and labor intensive and because of that, many new students find that it’s not for them. Finding a dedicated student to whom I can pass this along and keep the tradition alive is a true pleasure. 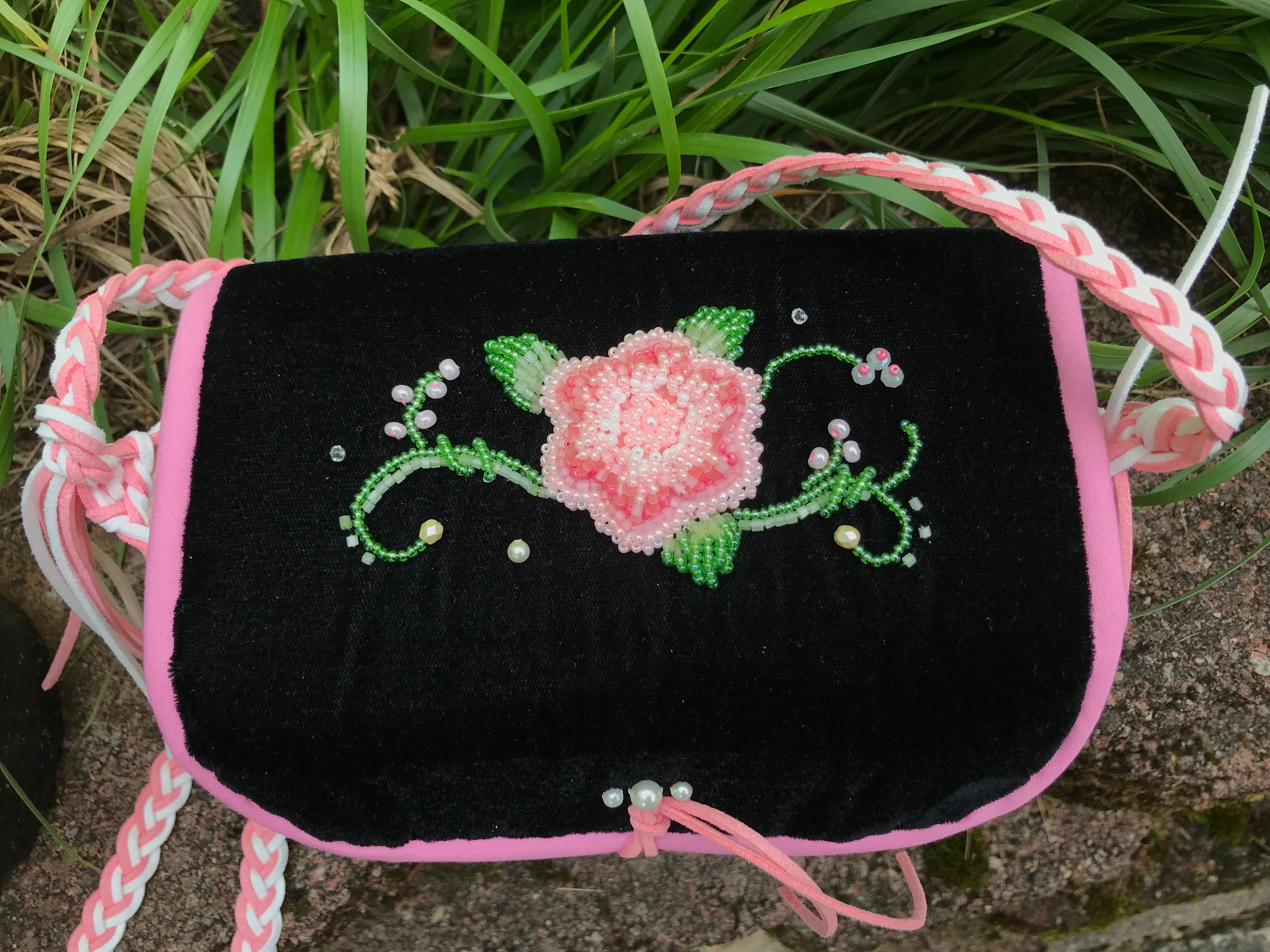 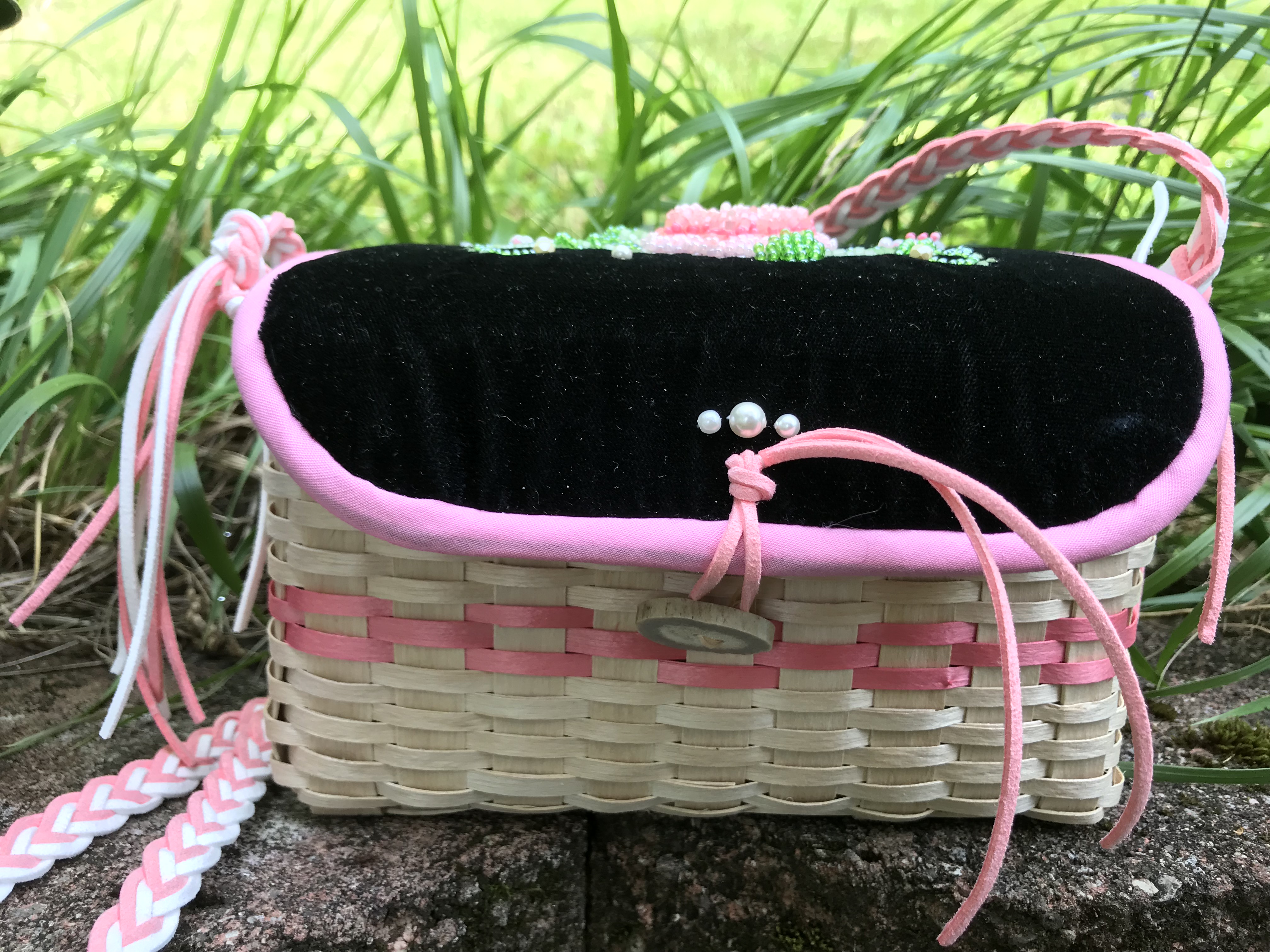 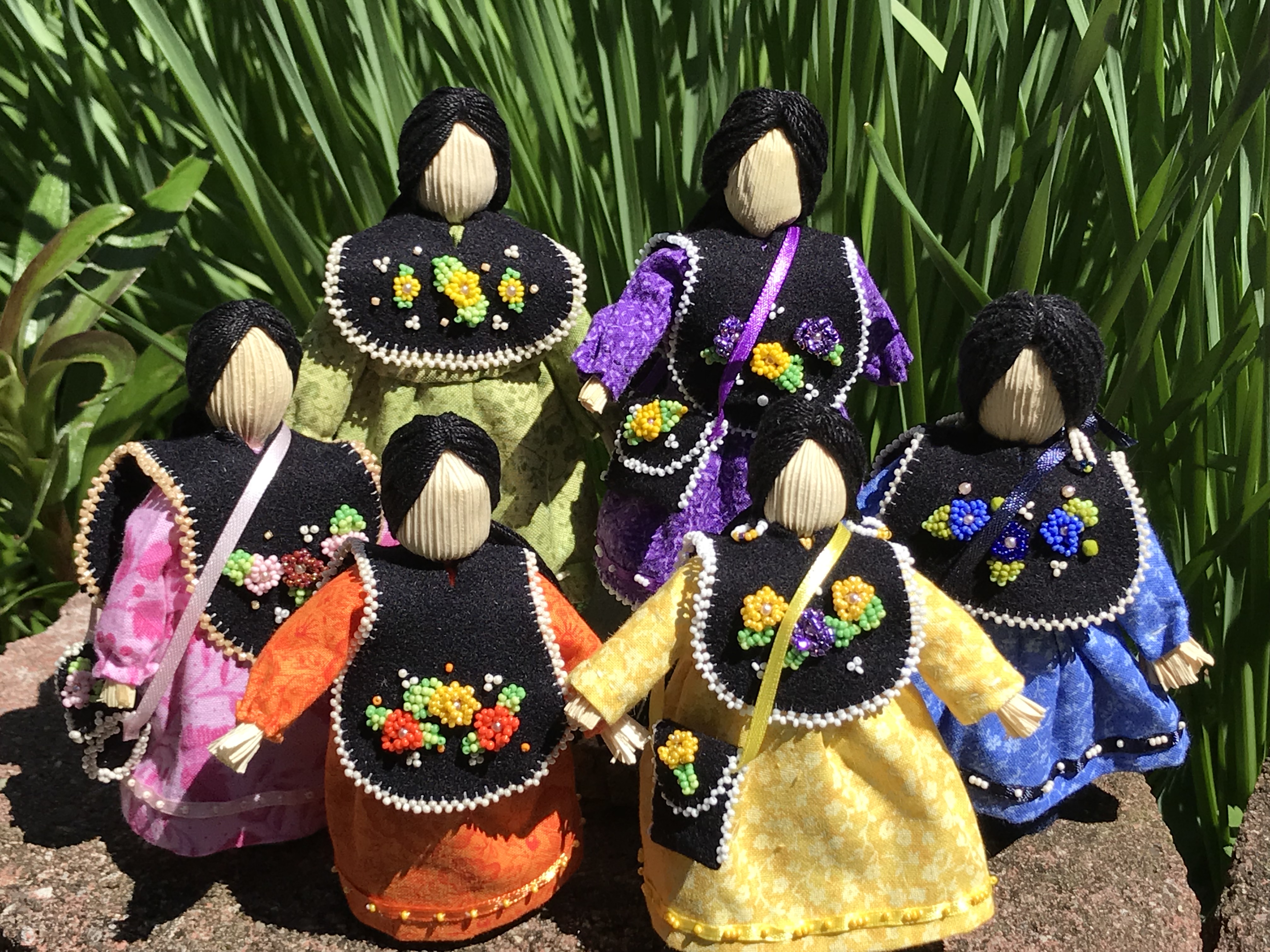 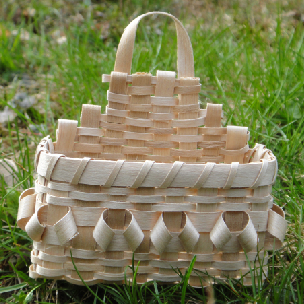 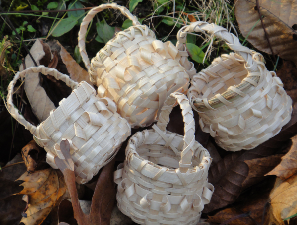 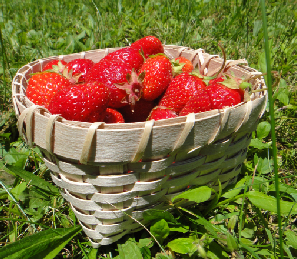 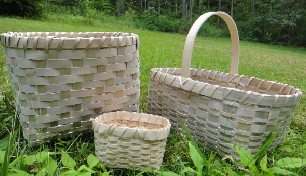